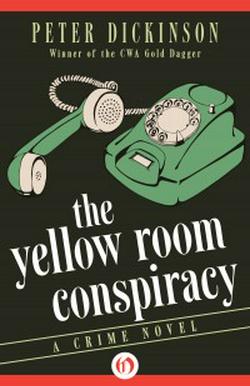 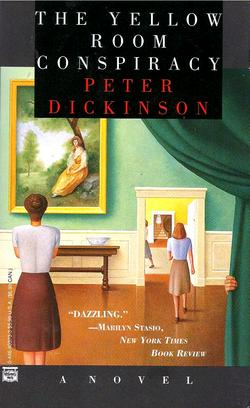 Two ex-lovers, he merely getting old, she already slowly dying, hear a radio quiz programme about a political/financial/sexual scandal in which they were both involved at the time of the Suez Crisis. At the end of the first chapter she asks him to tell her how he killed one of the other participants. He replies that he’d always imagined she had done it. Who then did?

Her illness means that she is no longer up to prolonged serious discussion, so he starts to write out his memories of the time for her to read, and she responds with taped recordings of how she saw the same events. In this manner they re-tread the maze of high politics, espionage and shady property deals and find the answer.

Along with the split narrative perspective and the flashbacks, the serpentine plotting that defines the author's elegant style also supports his obsessive theme -- the undying "ache of irrecoverable time" that lingers in a place like Blatchards, in a country like England, after a devastating war. New York Times

Only a writer of Dickinson's extravagant gifts could toss together 'two titles, a government minister, a kinky tart, the minister's wife who'd been a society beauty but slept around with mysterious businessmen...East End criminals, racketeering landlords, a dead body, and cricket' with echoes of The Good Soldier and Brideshead Revisited and end up with as delectable a ragout as ever you've tasted. Kirkus Reviews

The murder is almost the least of it; the best of it being Dickinson's evocation of another time, another place, and colorful women, especially, and relationships. Los Angeles Times

A lost world of passions and rivalries...The real business of the novel isn't corpses and scandals but people and the social institutions they inhabit...Peter Dickinson...is a gifted writer and social commentator. Washington Post Book World

Intricate plots are Dickinson's forte, and this, a story of passion, intrigue and murder, is no exception. San Diego Union-Tribune

Bittersweet and subtly compelling...deft and absorbing, Dickinson's latest is as much a story of enduring love - of people and a way of life - as it is an intriguing mystery.” Publishers Weekly

A subtle, characterful novel...a quite wonderfully lambent series of portraits of school days, country-house cricket matches...and the labyrinthine marital setups of that Vereker quintet and their men. The Times (London)