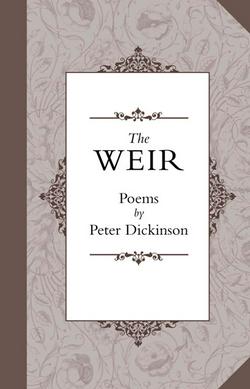 The Weir: Poems by Peter Dickinson

Though better known for his novels and children’s books, Peter Dickinson has always thought of himself as a poet. The main part of this selection, published on the occasion of his 80th birthday, consists of poems written in response to events in his life. A few have been published in literary magazines, others are too personal for him to have wished to publish at the time. Other sections cover poems written to entertain, poems primarily for children, and a small selection of the scores of poems he wrote for Punch in the seventeen years he was on the staff of that magazine. A limited, numbered hardback edition is also available.