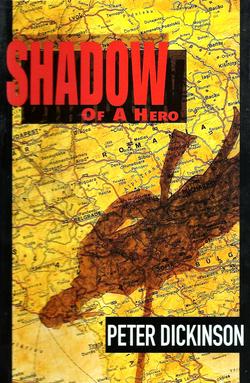 Shadow of a Hero

A British girl whose parents have emigrated from a minor Balkan racial group returns to her homeland and is caught up in the turmoil following collapse of communism.

This book belongs with AK, in that it’s an attempt to help people understand what it might feel like to be involved in a particular kind of dangerous and possibly murderous political mess, in this case the mayhem in the Balkans that followed the break-up of communism. How could ordinary people, Europeans, apparently much more similar to ourselves than the Africans of AK, nurture such hatreds and fears that they were prepared to go out and massacre complete villages of neighbours they’d lived alongside in apparent peace for a whole generation? This was going to involve me in a lot of political exposition, so (as with A Bone from a Dry Sea, but the other way round) I inserted a set of legends about a national hero between the main chapters to provide a bit of derring-do action.

A Publishers Weekly Choice of the Year’s Best Books - 1994

Spine-tingling and heart-stopping...as moving as it is thought-provoking...extraordinary. Publishers Weekly (Starred review)

The power, versatility, sheer professionalism of [Peter Dickinson's] new book are such as few writers, past or present, can hope to match. A great and eloquent story...relentlessly readable. Junior Bookshelf