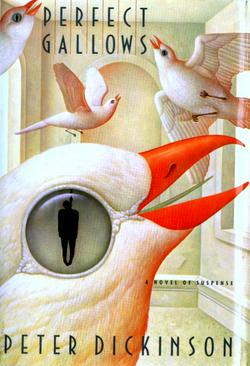 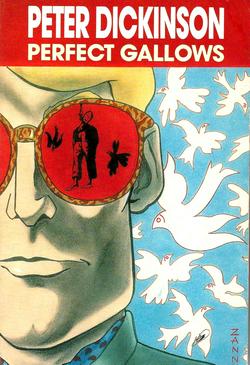 In 1875 Arnold Wragge left the back streets of Portsmouth for the diamond fields of South Africa. Twenty years later he returned a millionaire, built himself a mansion in the Downs, and sired two daughters and a son. When the son is missing, presumed killed, in the Allied invasion of Italy, he sends for his great-great-nephew Andrew, to come from the same back streets and be inspected as a potential heir.

Andrew isn’t interested. He is set on a career on the stage. One of Sir Arnold’s daughters, his cousin Elspeth, equally stage-struck in her time, persuades him to take part in her proposed amateur production of The Tempest. The park is full of American soldiers preparing for the invasion of Normandy. In the middle of all the activity a stranger appears, claiming to be the missing heir.

Forty years later Andrew, now the famous Adrian Waring, tells the story to his partner and explains his own part in the tragedy that followed.

A new Peter Dickinson novel is a keenly-awaited event for all those aficionados of the detective story who demand a great deal more than an ingenious puzzle. He is the true original, a superb writer who revitalises the conventions of the mystery genre to give us novels present them. He is incapable of writing a trite or inelegant sentence, and he creates characters who are true eccentrics but never caricatures. From the marvellous first chapter of Perfect Gallows when we encounter the hanging body in the dovecote, we know we are once again in the safe hands of a master.. P. D. James

Engrossing. ..a lustrous capturing of times and places and characters.... Dickinson is one of the most versatile and inventive writers of mysteries. Los Angeles Times (December 13, 1984)

Dickinson tops all his prizewinners with this riveting novel.., a brilliant psychological thriller. Publishers Weekly

A fascinating novel of character and a first-rate thriller by one of the best practitioners of the craft. Newsday