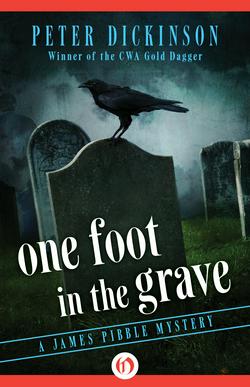 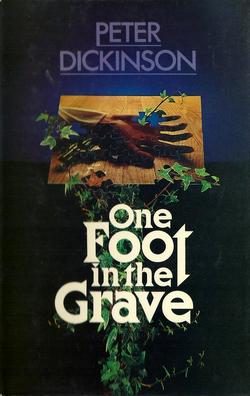 One Foot in the Grave

The last of six novels with Detective James Pibble

A coda to the Pibble series. Pibble is in a nursing home, prematurely feeble and despairing. To put an end to it by dying of hypothermia, he slips out one bitter winter’s night and climbs to the top of the water tower, only to find that the place he had chosen is already occupied by the dead body of another. Duty drives him to return and report it, and then, inexorably, he finds himself forced to unravel, from his sick-bed and through the come-and-go of delirium, what happened, and why.

Dickinson, literate and provocative as ever, proves once again that he has a sure touch for the unexpected. Washington Post Book World

Full of tension and hidden menace. This British author is a virtuoso. The New York Times Book Review

Dickinson, as ever, is the master of any milieu he cares to invent. The Nation

Peter Dickinson is the best thing that has happened to serious, sophisticated, witty crime fiction since Michael Innes. The Sunday Times