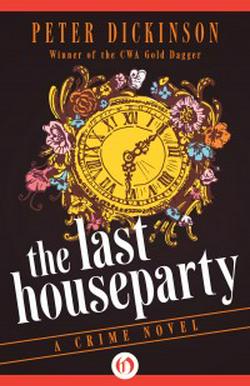 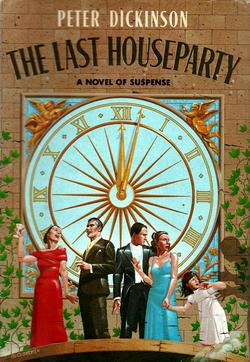 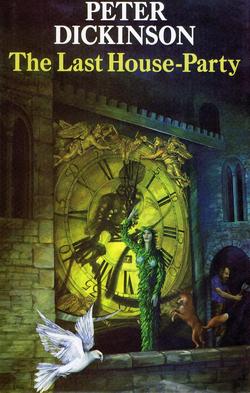 Set in a large country house on the Thames, in alternating chapters, one loosely based on the “Cliveden set” of the 1930s, and the other with the house now open to the public. In the former Zena, Countess of Snailwood, holds one of her notorious political house-parties, bringing influential people together in the direction of appeasement. The party culminates in a large dance, in the course of which a seven-year-old girl is assaulted in her room. The fantastic clock that dominates the castle courtyard is severely damaged by fire and one of the two potential heirs to the castle disappears. In the modern sections the present owner, in fact the child who was assaulted on the night of the house-party, accepts an offer from a retired craftsman to repair the clock. The process takes several months, in the course of which she comes to suspect that he is in fact the missing heir, and then, appallingly, to discover who it was that attacked her.

Peter Dickinson is a literary magician controlling an apparently inexhaustible supply of effects... Craftsmanship such as this makes for compulsive reading. Penelope Lively, Sunday Telegraph

Mr Dickinson is an expert story-teller and he organises his material beautifully . . . his characterisation is rich and amusing, and he keeps us guessing till the last paragraph. Selina Hastings, Daily Telegraph

The Last House-Party is a truly bravura performance, which will stay with me long after many a Best-of-British literary blockbuster has faded to nothing. Jack Adrian, Books and Bookmen

The Last Houseparty is so subtly done and so cunningly constructed that I felt I wanted to read it twice in order to get the full satisfying joy of it, I could have read it a third time immediately afterwards without hardship. He sets new standards in the mystery field that will be hard to live up to. Ruth Rendell