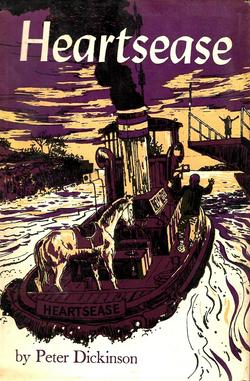 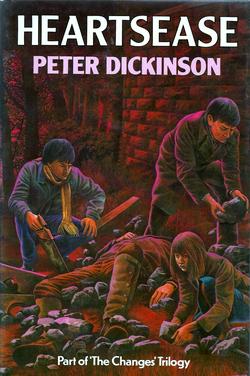 The second book in The Changes trilogy

England changes, machines become wicked and people dangerous. Heartsease is the second of Peter Dickinson’s “Changes” trilogy. (The Devil’s Children tells how this strange era began, and The Weathermonger how it ended.) Three children in a Cotswold village rescue a “witch”, nurse him and smuggle him to safety, with the help of a heroic pony and the ancient tug that gives the book its title.

This is a story of desperate adventuring in a world where every adult may be an enemy. Each detail is sharp and solid, so that the wildest imaginings read like sober truth; and the characters —from horse-loving Margaret through whose eyes the whole story is seen, to hall-mad Davey Gordon the witch-hunter seem as real as our everyday neighbours.