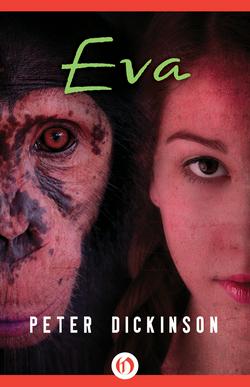 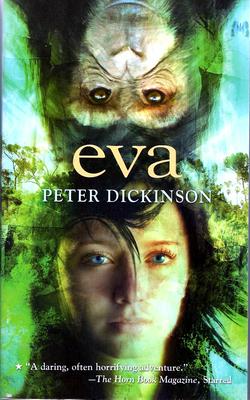 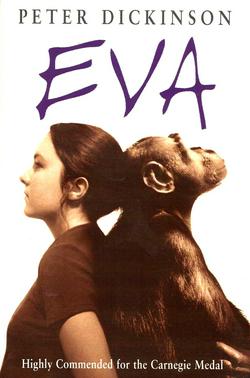 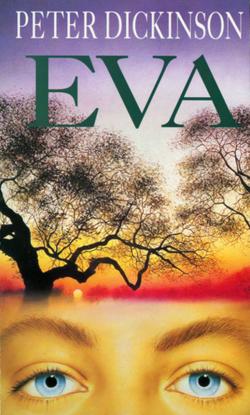 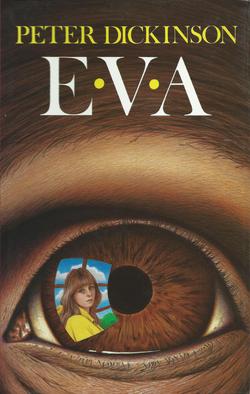 Future world, grossly overpopulated. A girl, horrendously injured in a road accident, is given the body of chimpanzee to replace her human body and let her inner self continue living. But her new body brings with it elements of the chimpanzee nature to which she then has to adjust, and at the same time cope with the attempts of powerful commercial interests to exploit her unique status. Won the 2008 Phoenix Award.

80% of my mail, almost all of it from the USA, is about this one book. This baffles me. I had no intention of writing Eva when I fed the first blank sheet into my typewriter. After my failure to do what I’d originally intended with Merlin Dreams (see below), I still wanted to explore the development of one of our major myths, and thought I’d try and do something with the various First Women that people have imagined at different times — Eve of course, and the shadowy figures of classical myth, and as many of the other cultural traditions I could find and work in, as well as “African Eve”, the single unknown ancestress whom mitochondrial research suggests must have existed in Africa a few hundred thousand years ago. (This was news at the time, and the papers were full of her, though of course they got a lot of the science wrong.) I set my framework story in the future, when the Eve myth would have dwindled to a cheap TV cartoon. My heroine was going to have to time-travel to meet these women, (one woman, really, repeated and repeated) but I didn’t want a time machine because they tend to take over. Dreams are unsatisfying, so the best I could think of was a coma. A scientist talked me out of the bit of fake genetics I’d dreamed up, about the human genome starting to break down. I now wish I’d stuck with it, but perhaps the car crash was simpler to handle. My heroine needed to be familiar with apes, so that she could relate to the proto-ancestress she was going to call on, millions of years back. And so on. I had very little by way of plot, so to start myself thinking about it I settled down to get the set-up written, this kid waking up from her coma… I’d done about half a dozen pages, messing around, waiting for something to suggest itself, when my body gave a violent physical twitch, and my hair seemed to stand on end. My God, I thought, I know what they’ve done to her! And from then on I was writing Eva. After that my whole attention went into getting the story and idea to work. The stuff about animal rights, for instance, is there because it is necessary to the story and so has to be honestly dealt with, because it’s a subject of serious moral importance. I agree with the line I took, though I’d like to have given the other side a bit more of a say, but it isn’t why I wrote the book.

A School Library Journal Best Book of the Year - 1989

An outstanding novel...gripping and thought-provoking. Guardian

Sure to entertain but thought-provoking as well. Kirkus Reviews (pointered review)

A remarkable work of science fiction. It has tenderness, humour and passion. It will not quickly leave the mind. Times Literary Supplement

An astonishing work of biological science fiction [set in] a future time on the brink of a dark new age...It is difficult to imagine a more timely book, [which] succeeds as a daring, often horrifying adventure story, [and] is a work of passion and eloquence. Horn Book Magazine (Starred review)

Eva is an excellent science fiction/fantasy story with a strong heroine and well-drawn supporting cast...The compelling need to know what happens to Eva/Kelly will keep readers captivated to the end.. School Library Journal