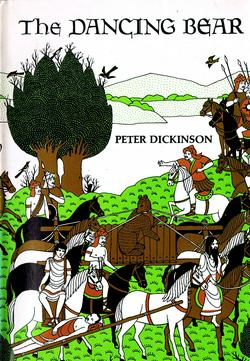 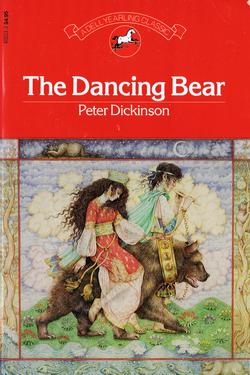 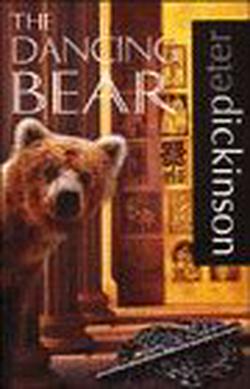 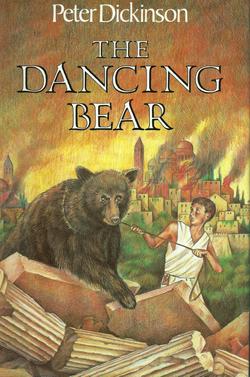 Historical. Byzantine slave boy journeys into Hun territory to rescue captured daughter of the house, taking the trained household bear with him to act as a kind of passport (everyone would welcome the entertainment provided by a dancing bear) as he moves from the dangerous complexities of the city into the equally dangerous simplicities of the nomad Huns.

This was the first of my books to evolve from a story I’d told my sons to stop them squabbling in the back seat during our weekly commute to and from Hampshire. They’d asked for “a new story, with a big battle in it,” and the basic plot evolved itself in about twenty minutes from the start of the journey. I chose the period of the great Emperor Justinian because one year when I was at Eton a last-minute emergency teacher had had to be found to teach us ancient history, and he announced on arrival that the only period he could teach was that of Justinian — five hundred years later than the time of the great classic writers that was all we were supposed to take an interest in. The first we knew of it was when a Humpty-Dumpty-shaped little man waddled in to the classroom, perched himself on the edge of the desk and started telling us in a deep, velvety voice about riots in Byzantium between two religious factions which resulted in a bear-keeper changing sides, so that his daughter, the future Empress Theodosia, became a prostitute in an Aryan brothel and not an Orthodox one. Not the sort of history we’d previously been taught, but enough to make it stick in my mind when Pompey ands Cicero were long forgotten. The teacher was a Belisarius nut — one of Justinian’s generals, the greatest soldier ever, his admirers claim — so that that was where the battle came in — though it pretty well dropped out again by the time I wrote the book, because the history didn’t fit - though it turned out there had been a Hun raid on Byzantium at exactly the time I’d dreamed one up. (That’s a great feeling, inventing something that turns out to be true.)

Background, character and comedy are skillfully blended in a combination that is - at once - witty, rich, evocative.. The Horn Book

His piquant wit and bifocal vision manage to recreate Byzantium while continually suggesting the humorous difficulties of trying to re-capture any historical period and makes Bubba a true heroine... Kirkus (Starred review)

A magnificent tale of adventure, a penetrating study of history, and a close examination of human and animal relationships. An outstanding achievement. Times Literary Supplement