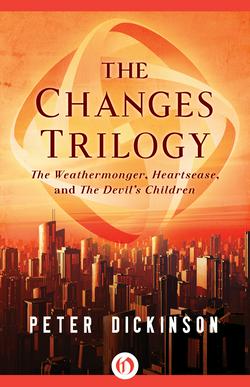 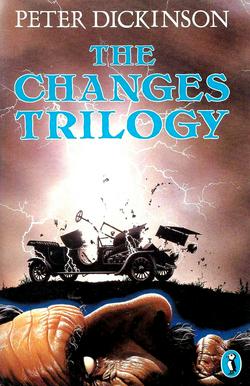 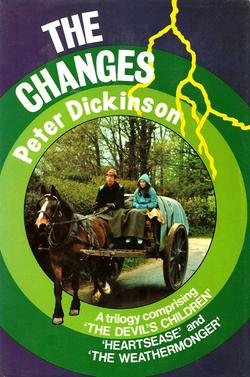 The Changes trilogy in one volume

Something has gone very wrong in England. In a tunnel beneath Wales one man opens a crack in a mysterious stone wall, and all over the island of Britain people react with horror to perfectly normal machines. Abandoning their cars on the roads and destroying their own factories, many flee the cities for the countryside, where they return to farming and an old-fashioned life. When families are split apart and grown-ups forget how they used to live, young people face unexpected challenges. Nicola Gore survives on her own for nineteen days before she’s taken in by a Sikh family that still remembers how to farm and forge steel by hand. Margaret and Jonathan brave the cold and risk terrible punishment in order to save a man’s life and lift the fog of fear and hate that’s smothering their village. And Geoffrey and his little sister, Sally, escape to France only to be sent back to England on a vital mission: to make their way north to Wales, alone, and find the thing under the stones that shattered civilization—the source of the Changes.

The Changes trilogy includes Peter Dickinson’s first children’s novel, The Weathermonger (1968) and its sequels, Heartsease (1969) and The Devil’s Children (1970). It was dramatised for television in 1975 by the BBC.