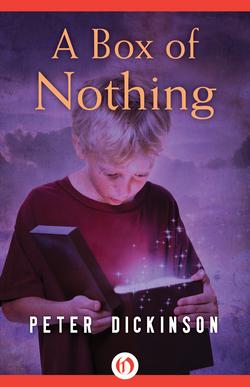 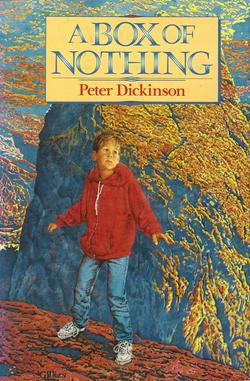 A Box of Nothing

Modern fantasy intended for rather younger children. Adventures on animated rubbish dump, culminating in a race to be in at the birth of a new universe, and so affect what sort of worlds will be born there. Big Bang theory as magic.

This was the only story that I began deliberately writing for younger readers, with the story evolving later. It stems from a building we used to pass almost every day when we were living with my grandparents in Gloucestershire, a grey stone cottage, like its neighbours, except that instead of a parlour window it had a shop window, displaying only bare and dusty shelves, with darkness beyond. We asked our nanny what was sold there (we had that sort of childhood — our walks were taken at set times in stiff tweed overcoats, my youngest brother in an immense, huge-wheeled pram, sprung like a horse-carriage) and she said “Nothing now.” She probably also explained that used to be a cobbler’s, or something, but the cobbler was dead. Anyway, we called it The Nothing Shop. I suppose it’s as good a place to start as any if you want to get to unexpected places.

Mr. Dickinson, a popular British author who writes suspenseful fiction for both children and adults, is able to enliven questions about the nature of life and personal identity in a way that is whimsical, provocative and even touching. New York Times (May 8, 1988)