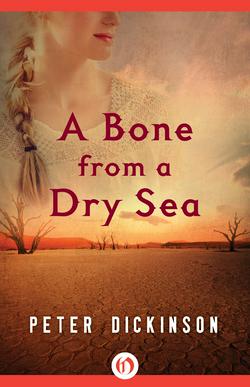 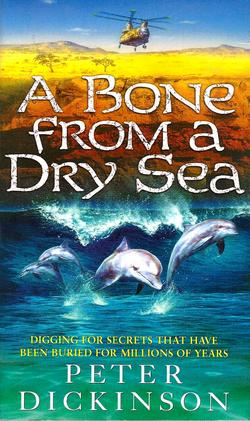 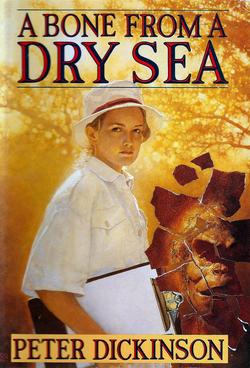 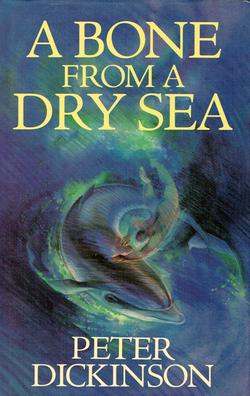 A Bone From a Dry Sea

Alternate chapters tell the linked stories of a young female humanoid who is a remote ancestress of modern humans, and a contemporary British girl who visits her father on an archaeological dig in East Africa.

Based on the theory that human early ancestry might have included a semi-aquatic phase, and evolved traits some of which we still inherit. The theory was ridiculed by the professional palaeontologists, but the feminist writer Elaine Morgan was intrigued by aspects of the theory that bore on her interests, and published a very successful book, The Descent of Woman, using the theory for her cause but at the same time explaining and developing it. She has since written several others with most of the explicit feminism left out, to rather less ridicule and the occasional grudging admission that she has at least raised points that need to be seriously answered. As usual I started straight in, setting the thing up with a bit of derring-do adventure involving a young female sea-person, half way between ape and human. I then realised that since this was long before the development of language there weren’t going to be any conversations, which was going to make the book difficult both to write and to read. The obvious answer was to alternate the long-ago chapters with modern ones about a girl who goes on a dig with her palaeontologist father, and they eventually discover what the reader realises are fossils from the long-ago chapters. As I wrote, the chapters began to link with and illuminate each other, so that it now looks as if this was what I’d intended from the start. I think it works a dream, but it was pure accident.

A School Library Journal Best Books of the Year - 1992

Peter Dickinson is a National Treasure - someone should slap a Preservation Order on him at once. Unfailingly erudite and inventive, he possesses an intriguing and unpredictable imagination. A new book from him is a treat for readers of most ages, and A Bone from a Dry Sea is no exception. The Independent (22 August 1992)

A fascinating fictional look at a controversial theory of evolution. Booklist (Boxed)

A story that is both thought-provoking and dramatic. Children's Books of the Year

The power, versatility and sheer professionalism . . . are such as few writers, past or present, can hope to match. A great and eloquent story . . . relentlessly readable. Junior Bookshelf