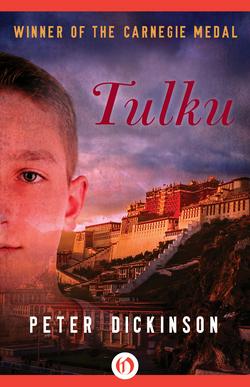 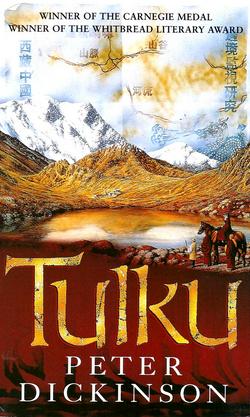 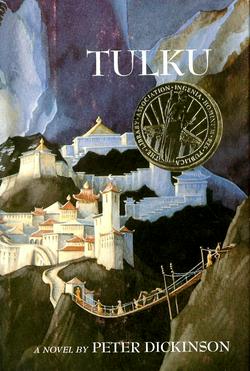 Set at the time of the Chinese Boxer Rebellion of 1900. Theodore, the son of American missionaries, escapes when the rebels destroy his father’s settlement and falls in with a foul-mouthed female ex-music-hall star, now a plant-hunter. They flee together into Tibet, and reach a major Tibetan temple. With his strict Calvinistic upbringing Theodore is at first repelled and horrified by lamaistic Buddhism, but eventually comes to terms with it.

This was yet another car story, again arising from a demand for a new one, with a battle in it. I wondered what on earth new kind of battle I could come up with, and then I remembered that in Rudyard Kipling’s Kim the old lama carries a scar on his forehead, that he’d got as a young man when he and his comrades had gone out to fight the monks of a neighbouring monastery over a bit of land, using their long iron pen-cases as swords. OK, a battle with pen-cases. So how do we get Our Hero into the forbidden territory of Tibet? I remembered that there’d been a major uprising in China against foreign influence around 1900, called the Boxer Rebellion, in which a lot of Christians had been killed. So Our Hero escapes from them and falls in with a with a plant-hunter — I’d just got seriously interested in gardening and knew that there were some of them in South West China at the time - and the Boxers chase them into Tibet. I don’t remember what happened after that, because the book changed course almost as soon as I’d started. The plant-hunter was just about to appear on the scene. Theodore was standing on the edge of the ravine looking back at the smoking ruins of the settlement. He heard the plod of hooves on the road behind him. A that point I said “This guy’s going to be a snore — I think I’ll make him a woman.” So Theodore turned, and there was Mrs Jones, ready to gallop away with the book, and win the Carnegie Medal and the Whitbread Children’s Award for me.

A story of enchantment and excitement. Sunday Times