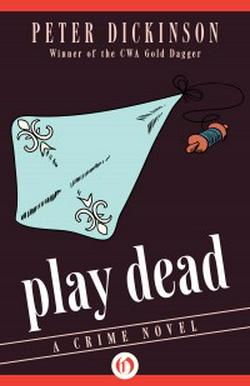 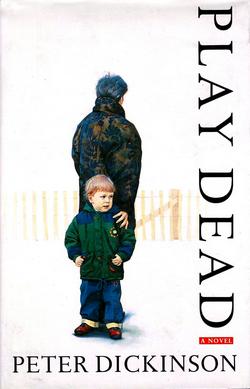 Poppy Tasker, divorced and lonely, child-minds her small grandson Toby. She regularly takes him to the play-group in a West London park and gets to know and like the group of nannies who bring their charges there. One day a strange man is watching the park, seeming to take a particular interest in Toby. He tries to follow her home, but she shakes him off. Next day his body is found, strangely decorated, in the play-group’s hut.

Peter Dickinson has written a fine novel about childhood and aging, about actuality and art, about personal rvelation and public revolution. It also happens to be a gripping thriller. In other words, Play Dead lives up to our high expectations. Who could ask for more? Reginald Hill

That man Dickinson is infuriating to his fellow writers - so versatile, so bloody brilliant at everything he tries. Play Dead is a fresh triumph, spanning the octaves with a virtuoso's facility, a simultaneous insight into kids and their minders, and emerging nations and the concept of freedom - all done with consummate storytelling skill. Peter Lovesey

Dickinson's touch is so masterly here that he makes other fine domestic mysteries seem quite amateurish. Kirkus Reviews