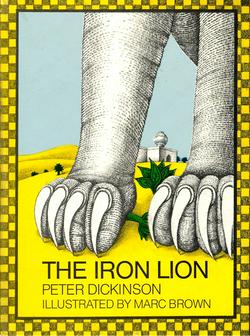 Persian-style fairy story about how the poorest prince in the world persuaded the Iron Lion of Ferdustan to help him win the hand of the Princess of Persia. Originally illustrated by Marc Brown, later by Pauline Baynes.

This was the first of my own told-in-the-car stories — previously I’d told the kids versions of Snow White, Rapunzel, and so on. They now tell some of mine to their own children on long journeys. The Skating Boy and Brave Eric are particular favourites, but nobody can now remember how some of the others went.