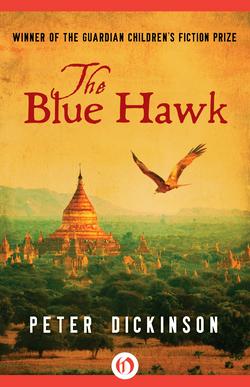 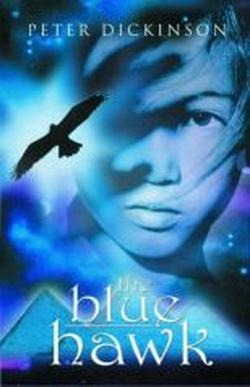 Set in an imaginary priest-ruled kingdom. A boy priest saves the hawk that is about to be sacrificed to renew the soul of the king, and by that one act brings the whole theocratic structure down.

Another told-in-the-car story - yes, there’s a battle at the end. I’d already been thinking in a very vague way about those great stacks of special-offer cans you sometimes see in supermarkets, and the impulse to nudge one out and bring the whole pyramid down. Could you do that with a whole society? It would need to be a very rule-dominated one, in which not even the smallest detail could be allowed to change. The obvious thing was an all-powerful priesthood, and something breaking one of its rituals. A boy-priest, therefore, a dramatic ritual, a sacrifice… I don’t remember why I chose the hawk. A lot of readers assume it’s set in the past, in a sort of imaginary ancient Egypt, but I meant it as Science Fiction, set in the far future, after space travellers have discovered strange powers somewhere out there and trapped them and brought them back to earth to harness them for human uses. If you choose you can read it as a parable about the discovery of nuclear energy.

A really fine fantasy creates a world, to which its thousands of readers can ‘return again’ and again, for solace and delight. In my view this is one of those. We’re lucky to have Peter Dickinson. Richard Adams

This a book of many strands, woven into a brilliant skein in which each thread is transformed by the parallel presence of the other... Dickinson is the author of a number of fine books for children, but this book, simple in its action, and in its resonances complex and profound, achieves an ideal of what a book for young readers at its best can be. Jill Paton Walsh , The Guardian (on the Guardian Children’s Book Award win)

Magnificent. Peter Dickinson is the past-master story-teller of our day. Times Literary Supplement

Superb narrative and subtle characterisation join to make this a memorable book, tremendously exciting and at the same time most disturbingly provocative of thought. Junior Bookshelf