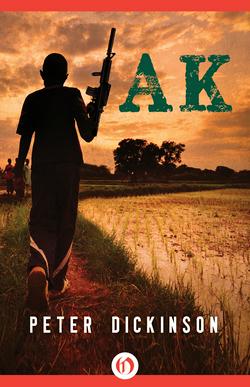 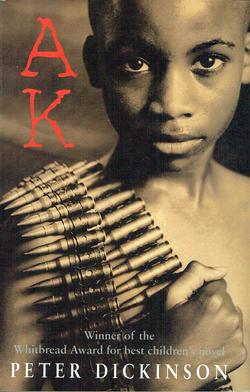 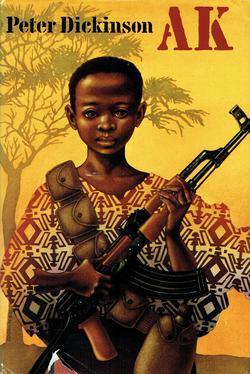 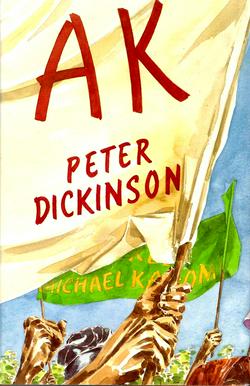 Peace is declared after a long civil war in a Central African country. Paul, a boy soldier attached to one of the guerrilla bands, is told to bury his beloved AK rifle so that he can go to school and start to live a normal life. His group commander joins the new government, but soon there is a military coup and he is thrown into prison. Paul digs up his gun and travels to the capital to try to get him out.

No such choice makes sense, but if I were forced to choose I would say this is probably my best book — though I still know what’s wrong with it. I was listening to a programme on the BBC World Service about the children who were being recruited or kidnapped to join guerrilla groups in central Africa. I heard someone say “Even a hardened government soldier may hesitate a fatal half second before he guns down a child.” As with Eva, the hair on my nape stood on end. I knew I had to write about that. I wasn’t trying to tell readers what ought to be done about child guerrillas, or the tragic mess that parts of Africa were, and still are, in. That isn’t fiction’s job. Fiction is a gateway for the imagination. I was trying to help people understand what it might feel like to be a child like that in the middle of a mess like that. Without that kind of imaginative understanding, nothing that anyone can do to help will be any use, however wonderful their intentions, however great their generosity. My original idea was that the boy should smuggle the gun in to his leader who would then shoot his way out while the boy and his allies created a diversion. But more and more as I wrote I realised that the nature of the African tragedy was such that I couldn’t write yet another book in which the cure for violence is yet more violence, so I was forced to find a different solution. It depends on a set of lucky coincidences, but it’s time Africa had some luck. The alternative endings are no kind of literary trick. Again, they are a response to what has been happening in Africa over the past thirty years. There is more than enough to despair about, but there has to be room for hope.

This exceedingly ambitious novel succeeds at everything it attempts...A rip-roaring adventure story. The exhilarating combination of spine-tingling storytelling and complicated ideas is an uncommon treat for sophisticated readers.. Publishers Weekly (Boxed)

Rich in political ironies and global realities...Dickinson deals intelligently with vital issues, devises potent symbols with his usual skill, and offers much to discuss in a vivid and compelling setting. Kirkus Reviews (pointered review)

A novel of considerable tension and pace. Times Educational Supplement

Peter Dickinson [is] equally at home whether creating quirky cerebral thrillers for adults or thrilling and compassionate tales of adventure for young adults (of which AK is the latest). New York Times Book Review